Two months later, I’m picking up where the last post left off. If you read all 5,500 words of it, congratulations – you don’t have ADHD1. If not, then its starting point was the fact 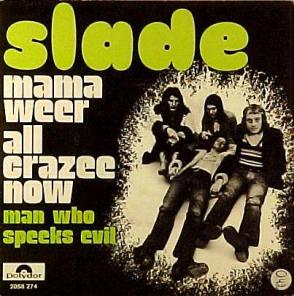 that we’re – yes, that’s right: me and you – spending more and more time pressing buttons and keys, clicking mice and gawping at the result on LCD screens. Then clicking and pressing again. And again. By doing this, I wrote, we’re rewiring our brains so that they resemble “those in the skulls of ADHD patients”. Mama, weer all crazee now.

By a curious twist of fate the very thing that prevented me from blogging for so long also provided the material for this postscript: I enlisted in an experiment to test my own hypothesis.

Well, sort of. I’m currently doing a Master’s degree in Science Journalism at City University in London2 where we’re encouraged -and that’s putting it lightly – to plug in to all the fora of The Great Virtual Echo Chamber3. Previously, I’d let the Digital Revolution more or less pass me by: I don’t enjoy staring at computer screens and didn’t even own a mobile phone until late last year.

So I’ve just spent two months undercover with the Revolutionary Army. I have sat through the sub-commandant’s endless pep-talks (“If you’re not on Facebook, or Twitter, or WordPress you simply don’t exist”). I have created profiles, uploaded avatars and – half-arsedly, it has to be said – disseminated my personal brand across cyberspace. I have pressed buttons and keys and clicked mice for hours and hours on end. As God is my witness, I have Tweeted.

I’m on leave at the moment, taking stock before I return to the front line after Christmas. Has my neural architecture altered, as I suggested it would in the preceding post? Not having an MRI scanner to hand, it’s impossible to say. And is it harder for me to concentrate, after so long as a numbed receptacle for the web’s variable-ratio schedule delivery of sweetmeats? Again, not that I’ve noticed.

So do I retract my concerns in the text below? Absolutely not, and if anything my two months undercover in the Revolutionary Army have made me even more sceptical of the supposed wonders of the internet age, and especially of the new democracy that 21st century technology has allegedly enabled.

This blog is probably not the best place for me to write an essay about that. Quite apart from the subject having little to do with psychology, psychiatry or neuroscience, it would probably take me 5,500 words again and I’m about as prepared to write 5,500 words as you are to read them.

But I do want to mention a few questions that I’ve been asking myself each time I’ve logged on to the net or sat down in an online journalism lecture over the last couple of months.

Firstly, how did a technological platform which promised freedom of expression end up being, in the main, a platter offering pabulum as insipid as you’ll find on any commercial TV channel? And rather than harnessing alternative voices to the dominant ideology (of consumerism and radical hedonism), how did the web end up the prime reinforcing agent of that ideology?

Finally – and this is the real kicker – how did so many of us become entrapped in such a strange personality contest, using the web not as a medium to express our views but rather as a place to build a ‘personal brand’, accumulate virtual ‘friends’, or have our every utterance validated as worthwhile (thank you, Twitter)?

I’ve been delving into the work of the unjustly forgotten Erich Fromm in search of answers to those questions4. I find his words, written nearly 50 years ago in the “The Art of Loving” (it’s not a sex manual, honest) to be particularly relevant:

Modern man has transformed himself into a commodity; he experiences his life energy as an investment with which he should make the highest profit, considering his position and the situation on the personality market. He is alienated from himself, from his fellow men and from nature. His main aim is profitable exchange of his skills, knowledge, and of himself, his “personality package” with others who are equally intent on a fair and profitable exchange.

Well, there’s a cheery note to end on! And with Christmas round the corner! Thus concludes what should be this blog’s only foray into social critique. Hopefully next week I’ll start turning My Last Nerve into the psycho-neuro blog I wanted it to be.

1. But wait! Maybe you do! If you read all the way to the end without distraction then you exhibit clear signs of ‘hyperfocus’ which – despite being the opposite of having an attention deficit – is a symptom of ADHD! Come out from behind there, Mr Heller!

2. …where they lay the work on thicker than the Athabasca oil sands. As a consequence I just haven’t had the spare time to write a new post. That’s the real reason for my absence from the blogosphere.

3. The Great Virtual Echo Chamber is, according to many commentators, killing journalism. It could be considered somewhat paradoxical then that so many journo students are being schooled in its murderous ways. It’s a bit like enrolling in a course on horsemanship and getting driving lessons.

4. Fromm’s Frankfurt School rival Herbert Marcuse may have hit closer to home with his theories of ‘technological rationality‘ and the ‘one-dimensional society’ but as I’ve only just started reading “One-Dimensional Man” I can’t say for sure.